Welcome to the web site of Company H of the 53rd Virginia infantry regiment. This unit fought during the American Civil War, seeing action throughout the war, primarily in Virginia. The 53rd took part in almost all of the major campaigns and battles that the Army of Northern Virginiafought. These included the Seven Days Battles, Second Manassas, Sharpsburg, Fredericksburg, Gettysburg, the Siege of Petersburg, the Battle of Five Forks, and the surrender at Appomattox. The most famous battle the unit fought in was at Gettysburg, Pennsylvania, in July 1863. During this engagement, the 53rd Virginia, as the color regiment of the Brigade, took part in the most famous charge of the war, on July 3. During Pickett's Charge, members of the 53rd VA and other elements of Armistead's Brigade, temporarily breached the Union line on Cemetery Ridge. 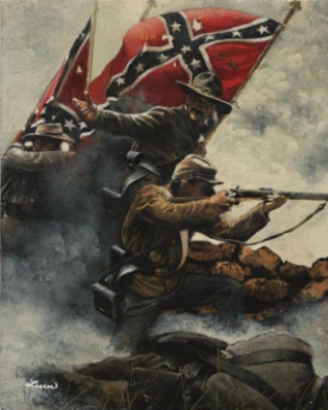 In the 21st Century, the 53rd Virginia, Company H is portrayed and celebrated by a dedicated group of individuals that wish to preserve the memory, actions and sacrifices of those soldiers who fought for their cause and country that they believed in. We are part of an organization called the 1st Division, Army of Northern Virginia. Links to this group and others can be found on the News/Links page. 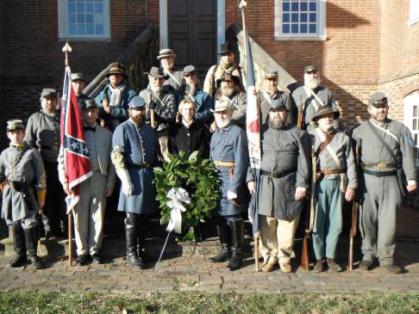 There can be found a history of the real 53rd, along with anecdotes and memories of the the current reenacting unit, which has been in existence now for over two decades. Also pictures are uploaded from time to time of recent and past events we take part in, of current and former members. Thank you for visiting our site!

If you have any questions or comments, please send an email to: mattguards@gmail.com